23-year-old Irfan Ali Nasiri arrived in Australia from Pakistan with his mother and four siblings in 2016, reuniting with his father in Auburn, Sydney, after years of separation.

The Nasiri family are Hazara, an ethnic minority originally from Afghanistan, who had moved to Pakistan in the mid-nineties seeking security as life was becoming increasingly unsafe for Hazaras in Afghanistan.

Although Pakistan was safer than Afghanistan had been, it became challenging for the Hazara community to live there over time.

“The Hazara community was targeted, and life was tough.”

Mr Nasiri’s father had arrived in Australia in 2010 by boat, after deciding to risk his life for the long-term safety of his family.

“My dad took the decision to search for security. First and foremost, safety and then, a better place to live.”

“As we were part of the Hazara community, we heard about the success of Hazara reaching Australia safely, and that’s what motivated our family to take this risk.”

When asking Mr Nasiri what it was like for his family to be separated from his father, he said it had been difficult, but as a sixteen-old, his young mind didn’t think too deeply about it.

“Back then, I didn’t pay too much attention, but now that I am twenty-three, I can’t even imagine what it was like for my mum thinking about my dad coming over here by boat.”

“They were determined to keep us safe, and there was positivity in their decision.”

Mr Nasiri recalls waiting to hear from his father when he left Pakistan on his treacherous journey to Australia and hearing from him when he reached the shores of Indonesia.

“We had to wait, and it wasn’t quick. I remember my dad used to talk to us, and he was in contact when he reached Indonesia.”

Once Mr Nasiri’s father arrived in Australia, they began planning for the family’s future and reuniting in Australia.

“I remember my father used to tell us that life won’t be easy here and that we need to start preparing ourselves.

“He encouraged us to learn English in Pakistan because he faced many language barriers in Australia. So, we went to English language institutions.

“I think it really helped. I could feel a difference to his experience when we arrived in Australia, as I had already learnt some English.”

Although Mr Nasiri has come far on his journey and succeeding on many fronts, including studying finance and economics at Western Sydney University, he said resettlement presents many challenges.

“When I arrived, I remember that at first, I would not go out of the house because I thought I’d get lost in a new country and life.

“It’s harder for my mum, as she doesn’t know English. She can’t understand, and the language barrier is a challenge.

“For example, even catching public transport is difficult for her. Understanding which bus takes you to which suburb, all of these daily tasks are much harder for my mum.”

“My refugee transitional advisor at Chester Hill High School suggested I attend the ADSI educational sessions offered at my school.

“My aim was to go to uni after high school, and these educational workshops were very helpful.

“I am grateful for the refugee support services here in Australia and the programs and supports they offer.”

After finding numbers interesting in high school, Mr Nasiri knew at his core that he would pursue finance at university and said that despite his family not being university educated, they admired and valued his drive.

“I’m the first in my family to go to university, and I consider it one of my biggest achievements. My family value this even though they aren’t educated.” 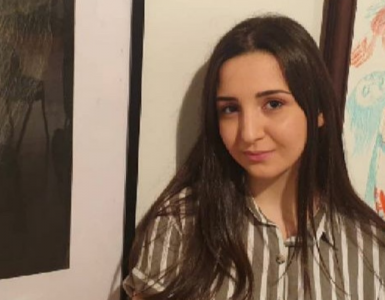 Visual artist and Iraqi refugee Raneen Shamon arrived in Australia in 2017 from Jordan, where she had lived with her parents and younger brother for three years, waiting for their humanitarian visas to be approved... 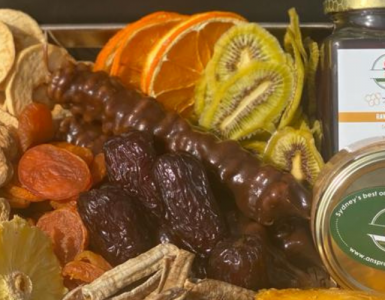 Refugee and entrepreneur Ashod Paloulian is a man of many talents. He trained to become a professional tennis player in his hometown of Aleppo, Syria, before relocating to Sydney to begin a new life. When he first...

We have created a resource kit with all the information you need to educate yourself on the importance of Refugee Week and learn more about how to get involved. RCOA Resource Kit Refugee Week 2021Download