“When we look back on this from a historical perspective, we will remember that Australia has politically supported Tibetan people in exile. Because of this, as an individual, and in my future, I will always try to give back.”

Tsering Yangzom fled Tibet at the age of 9, arriving in Australia as a refugee in 2020. With an expansive career, Ms Yangzom holds a prominent political profile – as captured here with the 14th Dalai Lama – providing her with a strong foundation to flourish.

The Humanitarian Settlement Program, funded by the Australian Government Department of Home Affairs* and delivered by Settlement Services International, has provided Ms Yangzom with wrap-around support services since she arrived.

As with many refugees, the move to Australia has been jarring for Ms Yangzom, who is adapting to a new life.

“At first, it was very difficult. We came to Australia, and everything was new, including the culture. I felt like it was me and the sky.”

With the initial challenges of resettlement behind her, Ms Yangzom was supported by SSI to use her multilingual skills to assist the local Tibetan refugee community.

Ms Yangzom’s case manager noticed her stellar English skills and recommended she work for SSI’s ethnic inter-practice team, where she has been able to translate from Tibetan to English.

“At first, it was a little bit challenging because I don’t have much experience interpreting things. Later on, I learned how to, through my own research on the Internet.

“In future, I want to continue to improve my English so I can help more in the community. But at the moment, it’s a side job because with my studies I can’t do this full time.”

Ms Yangzom is studying for a Certificate 3 in Aged Care and Community Services. She was drawn to the course because it will give her the opportunity to support vulnerable people.

“I chose this course because, as a Tibetan, we are taught the importance of family. I spent my life alone for 25 years without my family so, in that way, I understand and want to help others.”

Her eagerness to be of service to the community reflects Ms Yangzom’s history working for a non-government organisation (NGO) and, later, in politics.

In India, she completed her diploma in Secretarial Practice, which led her to work for six years for the Tibetan Women’s Association, the second-largest Tibetan NGO.

Seeking new challenges and experiences, she then worked for four years for the National Democratic Party of Tibet, a major party in the Tibetan government in exile.

“I had to organise workshops, meetings with different people and leadership training for Tibetan students in Indian universities. I also had to act in place of the president when he was not in the office, which was a big responsibility.”

For Ms Yangzom, this exciting career offered her a strong connection to her Tibetan identity and enabled her to meet people from all walks of life.

“I was able to talk to other Tibetan people and exchanged ideas and experiences. We belong to each other and could exchange our culture with each other, as well as with different people.

“Western people would visit the centre, and we could talk with them, share our lives with them, political backgrounds and stories. They would do the same, and it became a wonderful platform to learn so much more than I expected.”

Ms Yangzom’s political background provided a strong foundation for her to flourish in her future endeavours, as seen in her achievements in the short time she has lived in Australia.

While she is in the early stages of her resettlement journey, Ms Yangzom is grateful for the opportunity to live in Australia and is already making social contributions in community.

Ms Yangzom said that she was grateful for the Australian government and SSI, which she said consisted of reliable people she could trust.

“When we look back on this from a historical perspective, we will remember that Australia has politically supported Tibetan people in exile. Because of this, as an individual, and in my future, I will always try to give back.”

Go to https://homeaffairs.gov.au/ for more information. 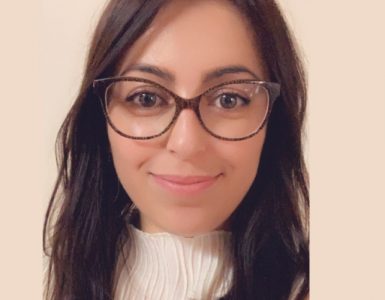 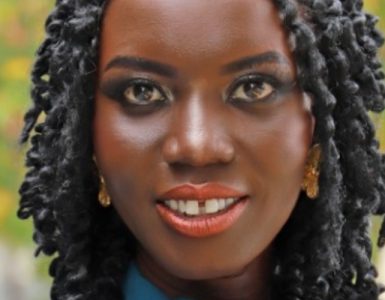